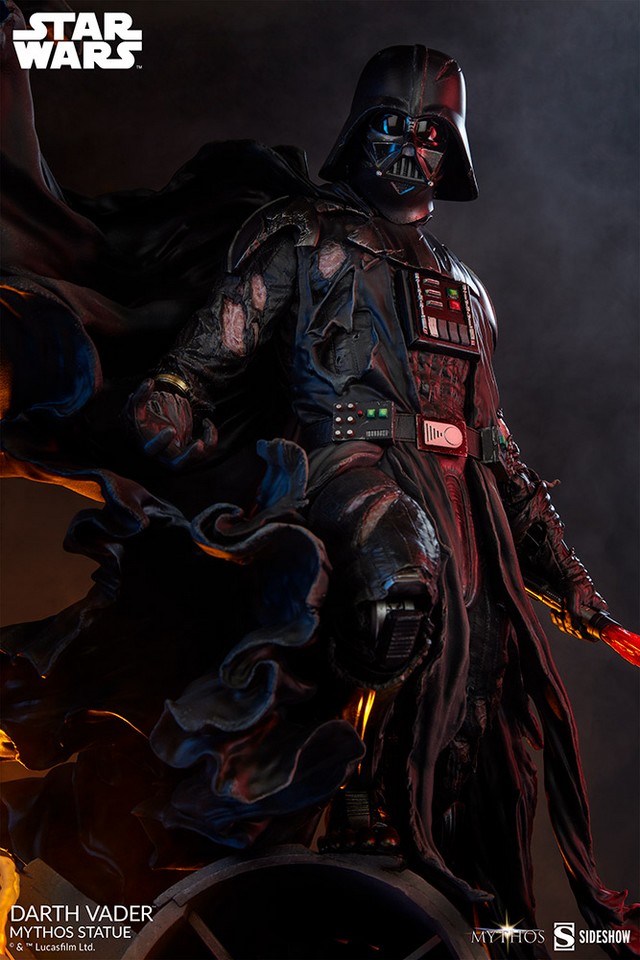 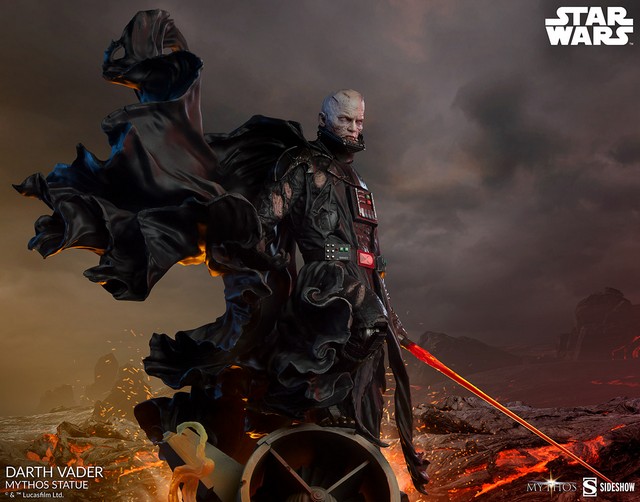 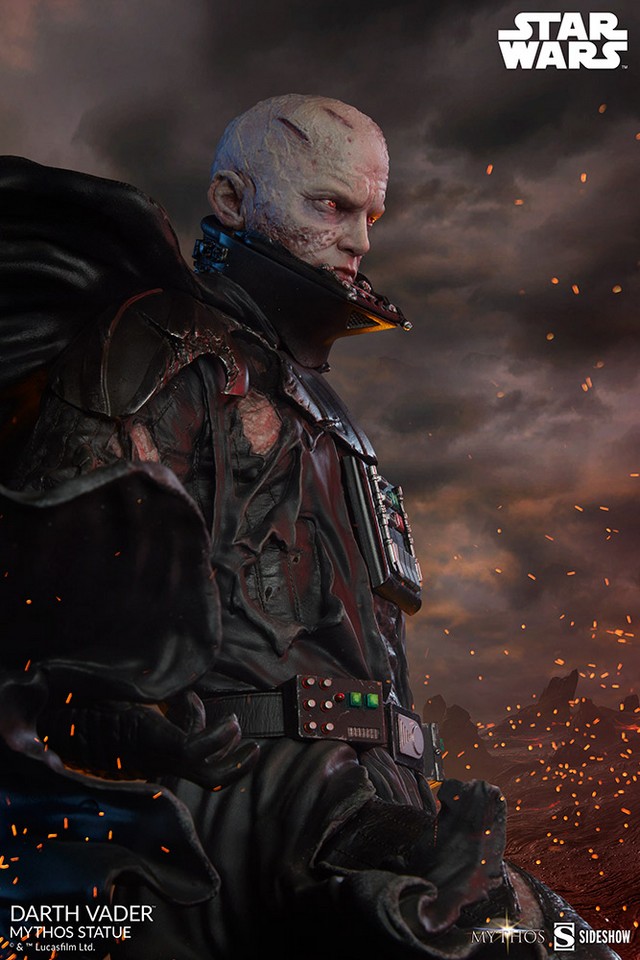 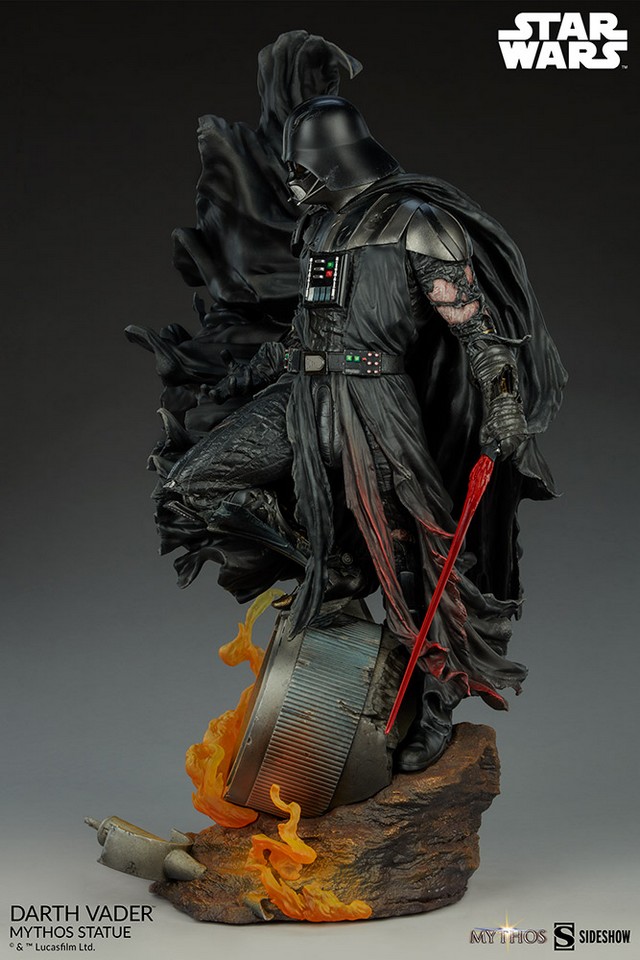 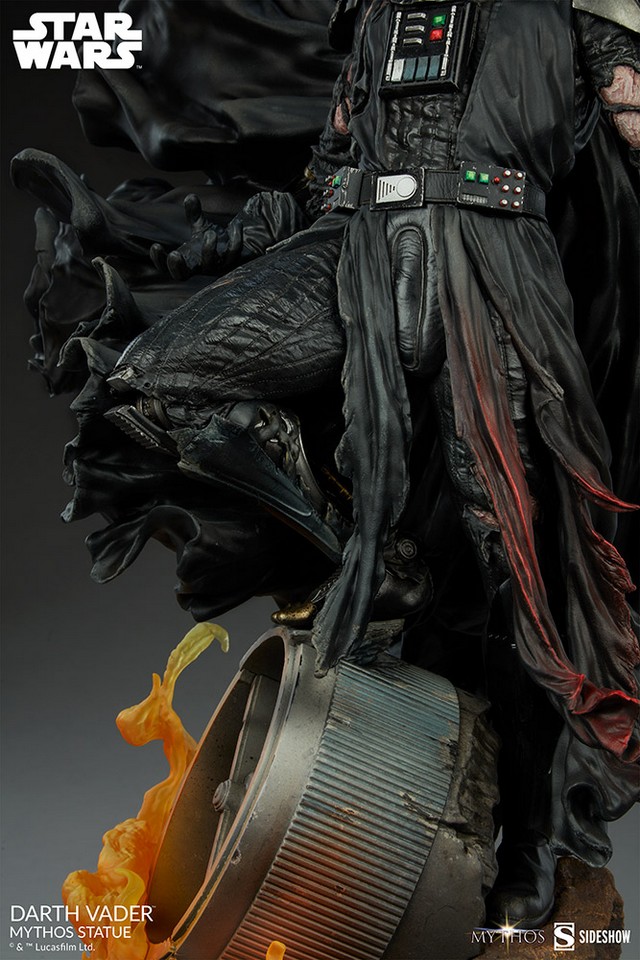 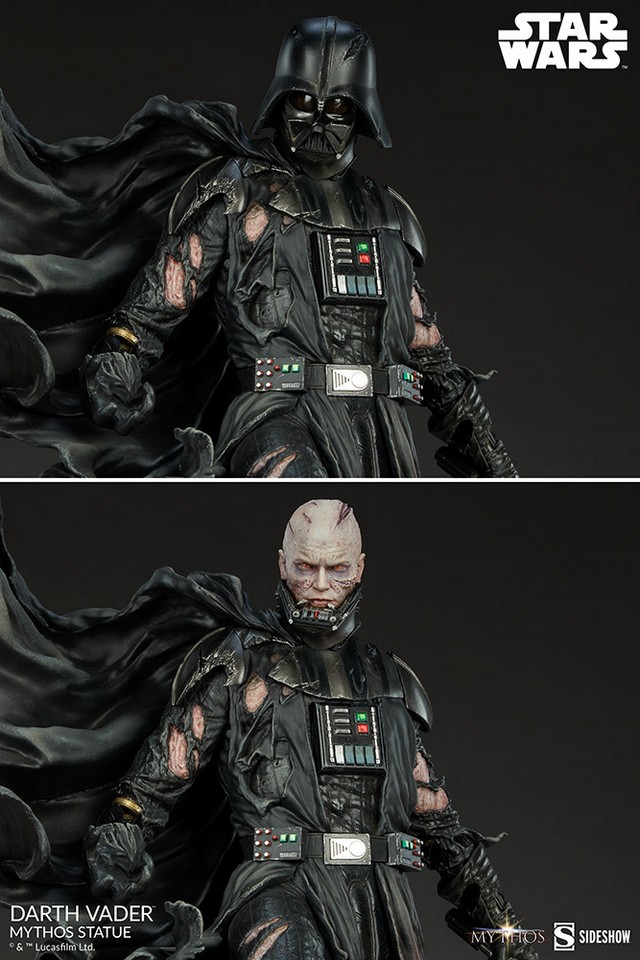 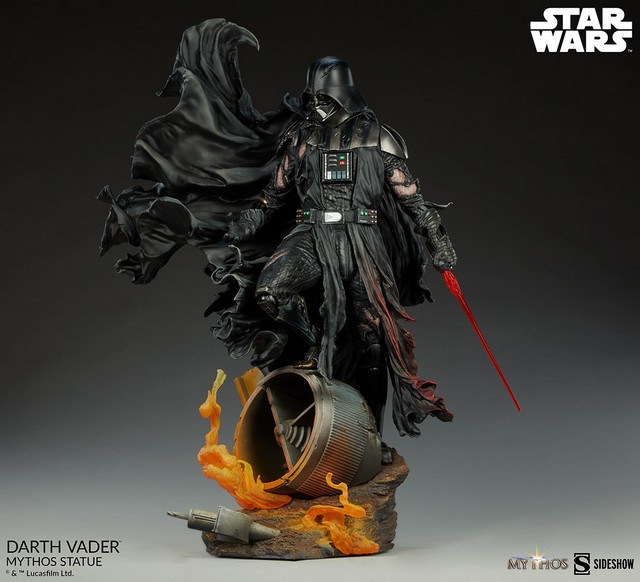 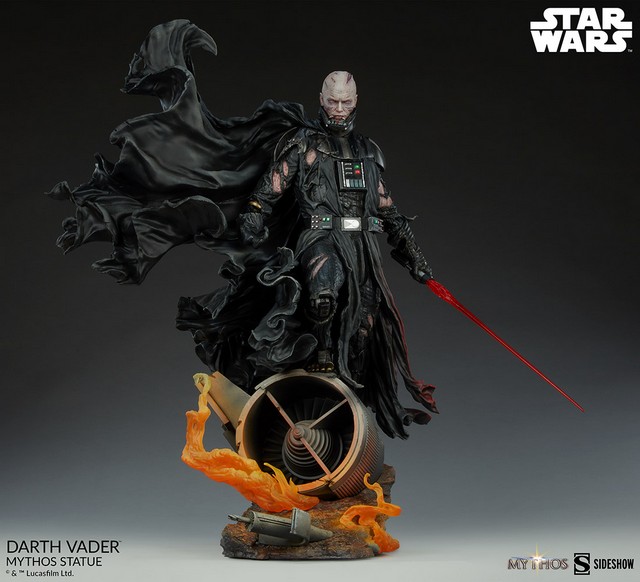 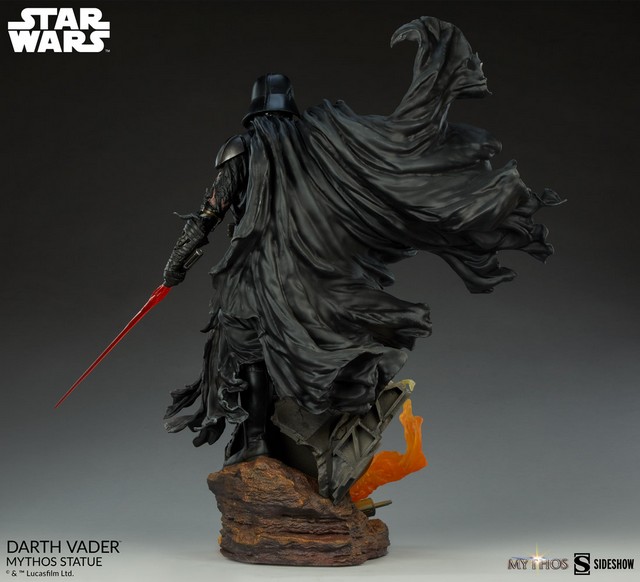 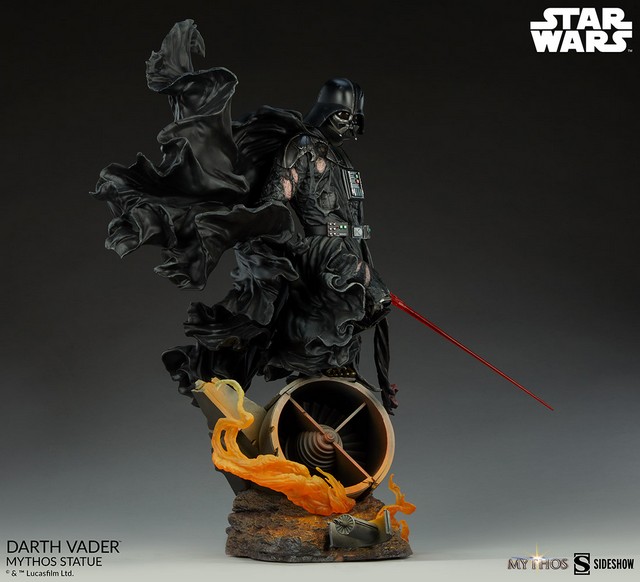 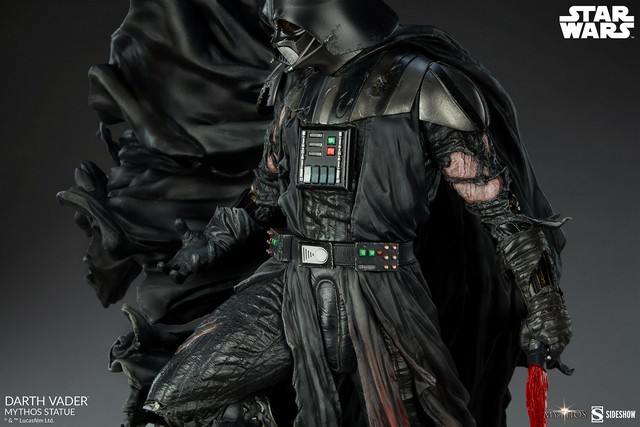 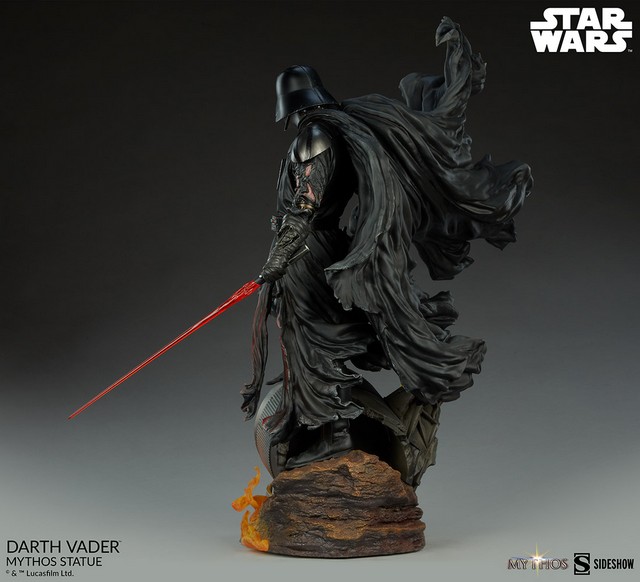 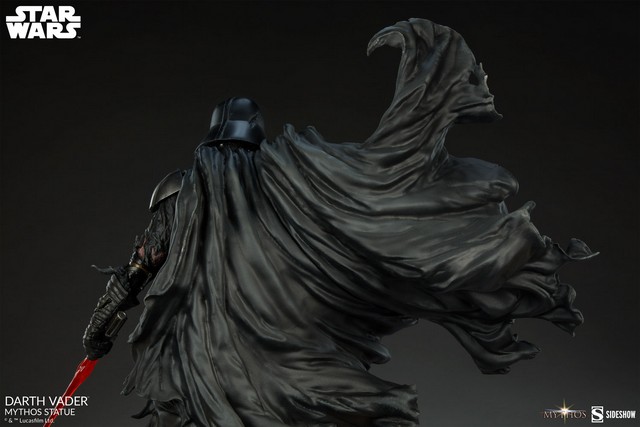 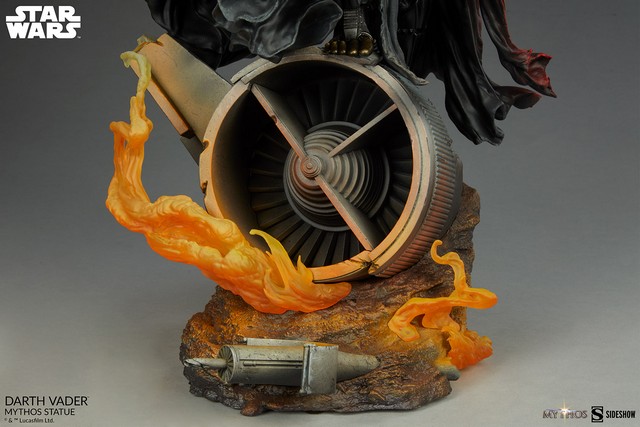 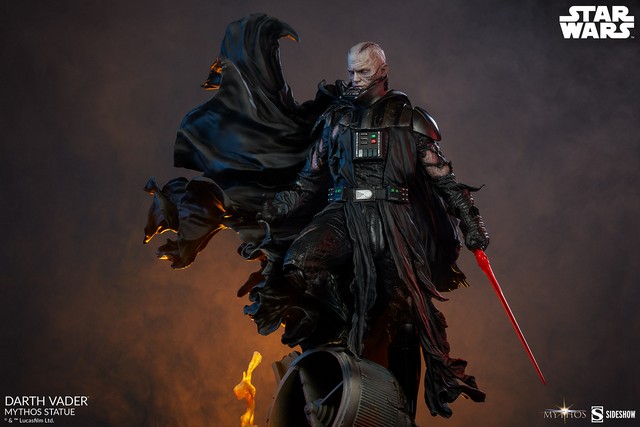 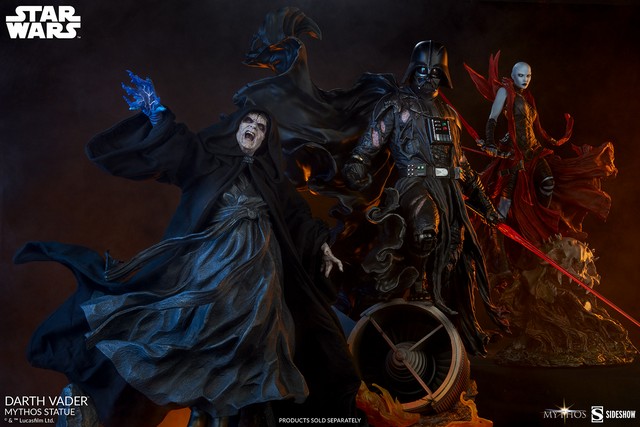 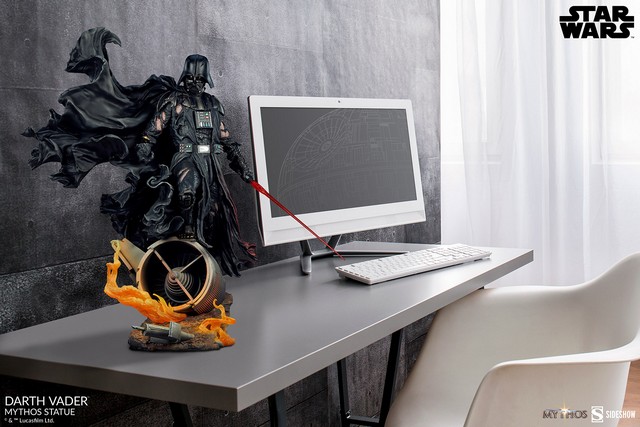 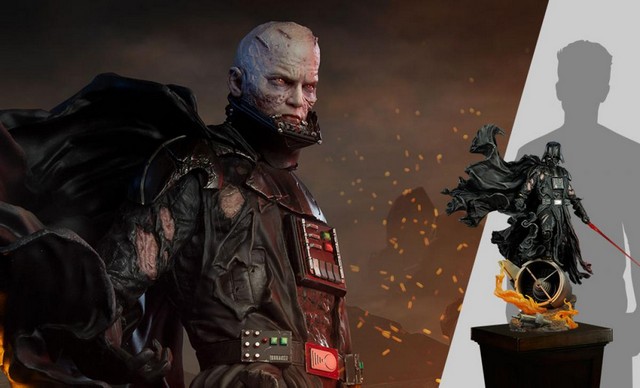 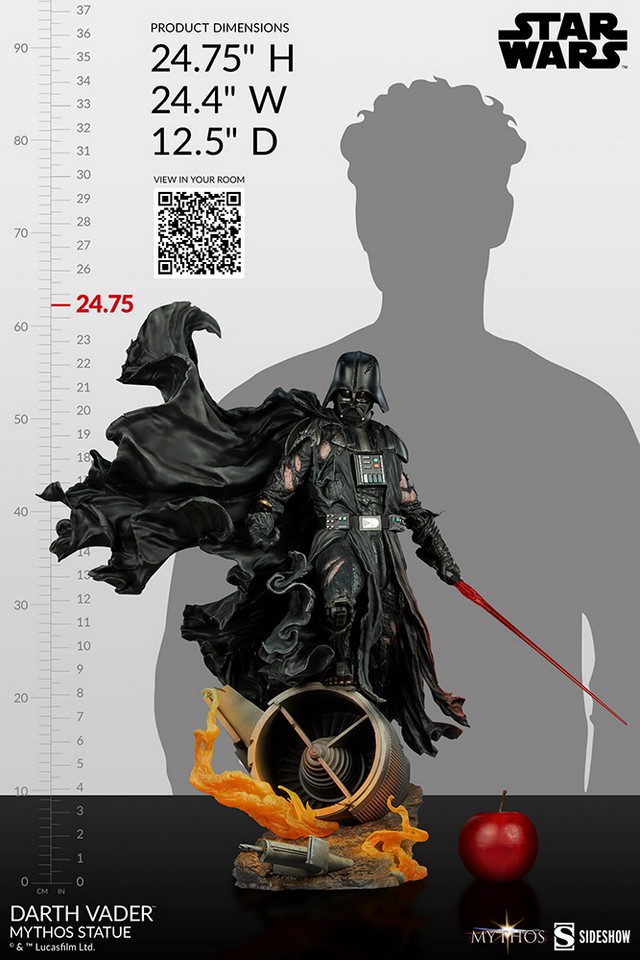 “Anakin Skywalker was weak. I destroyed him.”

As a collection, Sideshow’s Mythos series are fine art collectibles that allow the collector to imagine what could have been, but maybe never was. Myths meant to be initiated by the eye and completed by the mind.

The Darth Vader Mythos Statue measures 24.75″ tall and 24.4″ wide as the menacing Sith Lord stands atop the flaming wreckage of a Rebel X-Wing™ engine, battle-worn but not backing down until he claims victory for the Galactic Empire. With lightsaber drawn and his armor in disarray, the dreaded villain shrugs off enemy fire while channeling his fearsome Force powers. Capturing the crossroads in his character evolution, this Star Wars statue includes two distinct portraits – one featuring his iconic helmet with slight battle damage, and one unhelmeted to reveal the scarred visage of Anakin Skywalker™ completely consumed by his own darkness.

The Darth Vader Mythos Statue features a fully sculpted costume recreating both the intricate hardware of his cybernetic life support systems and the dynamic, flowing movement of his windswept robes and cape. Detailed tatters and tears in his black uniform reveal the burns he sustained during his most fateful duel as well as the mechanical limbs he was gifted with by his new master, Darth Sidious. Darth Vader‘s robes also feature striking paint applications that reflect the glow of the flames and the red lightsaber in the figure, adding depth and dimension to the scene.

Triumph over the Rebellion and allow the Darth Vader Mythos Statue to rise above your Star Wars collection today!